Lionel Perrotte, better known as Lionel, was born on October 4th 1949 in Paris. This internationally-famous artist as been painting since he was 14. His legacy is invaluable, including over 3000 paintings and over 300 engravings. The Arts critics classify him among the lyrical abstracts.
Today, he lived and works in Anjou, France, in the Domaine des Hayes in Brion in the Maine-et-Loire region.

Over 100 private exhibitions are a true testimony to his success in the whole world, and 3 retrospectives have been devoted to him in Angers, France in 1996, in Zürich in 1999 and in Levallois, France in 2008. 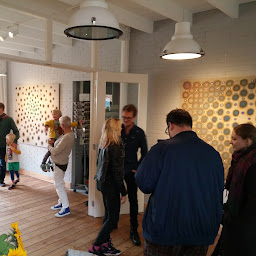